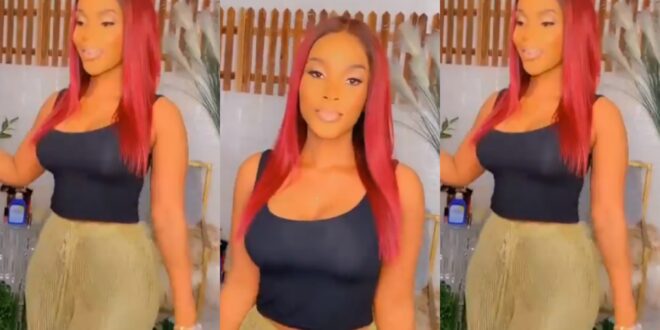 There seems to be a shift in the figure of Benedicta Gafah, and this has raised skepticism among netizens.

The actress is considered to be one of the show business’s most shapely females, but a new video might just show that her curves could be a deception.

The beautiful actress was seen in a black blouse and clear gold champagne pants in a recent video posted on her Instagram page.

The massive backside of the Kumawood actress seems to have dwindled and netizens claim this time she was not wearing any hip and butt pads.

Netizens claim that with waist and butt pads, Benedicta’s form is assisted, like many of the many female celebrities.

Benedicta Gafah in trouble over her reduced curves in new video pic.twitter.com/Hdv081xSfA