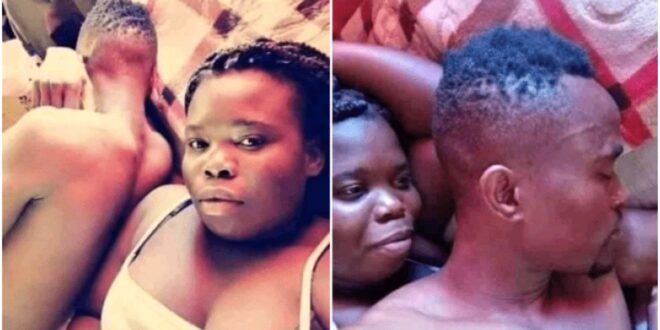 A young man who is afraid his girlfriend will use pictures she wants to take in the bedroom to blackmail him, has written to a relationship coach to help him on what to do.

The unidentified man wrote a long letter and asked DEAR ZZINA POWER and social media followed to give him advise.

Read the open letter below.

DEAR ZZINA POWER: I WAS about to bonk with my babe when she grabbed her phone and turned the camera on to take bedroom pics of me.

We’ve been together for a year. I’m 31 and a builder, while she’s 28 and works in the bakery where I buy my lunch. That’s how we met.

We had a brilliant sex life. She’s up for anything and so was I . . . until this.

That night, she asked if I’d be open to something new.We were having romps every night and things had got a little repetitive.I said yes, imagining she’d bought sexy lingerie.I was very turned-on — and it showed.But when she took snaps of me, I felt really uncomfortable.

She said: “They’re for my eyes only. Every couple does it. Stop being such a prude!”But I wasn’t happy and said no. At the time she shrugged and said it was OK.Since then, she’s brought it up several more times. But I’m not having any of it.Last Saturday, I was all fired up for sex but she had a “headache”.In all our time together, I’ve never known her to suffer with headaches.I think it’s down to my refusal.I asked some mates about it and one said: “Don’t do it.”But another said: “You haven’t lived until you’ve made your own porno film.”I don’t know whether to give in or stick to my guns.Now I’m questioning her integrity and honesty

She keeps asking me, so what is she playing at? Is it to blackmail me at a later date?

This was what The relationship coach advised him to do.

ZZINA POWER SAYS: I doubt that is what’s in her mind now.

She might want to keep them for her own personal pleasure but once a pic is taken, there is no telling where it may end up.

You might feel you know her pretty well after a year but if you are having thoughts about blackmail and what her reasoning behind all this is, you are wise to be wary.

We have all read about celebrities who have found themselves compromised after allowing an explicit pics to be taken. It’s just not worth it.

My rule of thumb is this: Only allow a pics or footage of yourself to be taken if you are happy to show it to your parents.

Clearly you wouldn’t like anyone else to see you in this particular situation, so stick to your guns.

Talk to her about finding other ways to spice things up between you two without the camera.