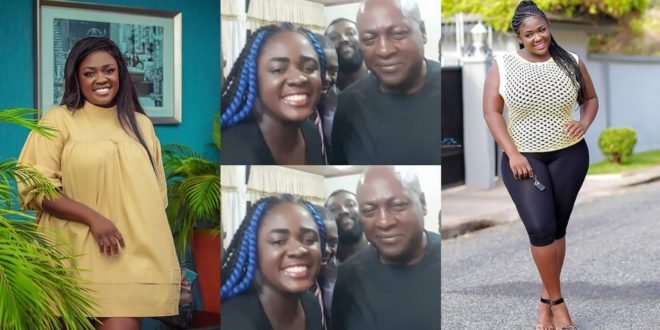 Actress Tracey Boakye after the Papano saga has been tightly linked with former president John Mahama, with several reports claiming he was the one who has been buying cars and houses for her.

Even though Tracey has come out to denounce the reports, many people on social media still believe the former president has something to do with her.

one of such person is a Facebook user by the name Suleman, reacting to a post made by Tracey Boakye, Suleman claimed Mahama has invested a lot into Tracey and for that matter, she should start campaigning for him else Lordina (wife of Mahama) will skin her alive.

see the picture Tracey posted as well as suleman’s reaction below.