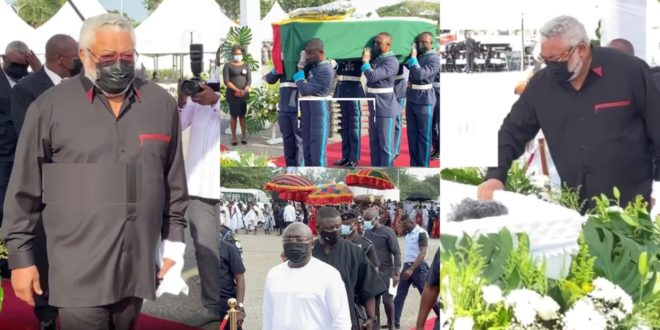 Amina Rawlings, the third daughter of the former president Jerry John Rawlings has reportedly given birth to a bouncing baby girl with her husband.

During the final funeral rite of the mother of the former president which took place on Saturday, October 24, all the children of JJ were present but for Amina and that got people questioning what could prevent her from attending her granny’s funeral.

Well, the answer to that question has been revealed by a social media user identified as, ‘Facedewall Twocides’ who claims to be an in-law to the former president.

In an Instagram post, this user shared a picture that saw all the other kids at the funeral and went ahead to reveal that Amina Rawlings has welcomed a baby girl.