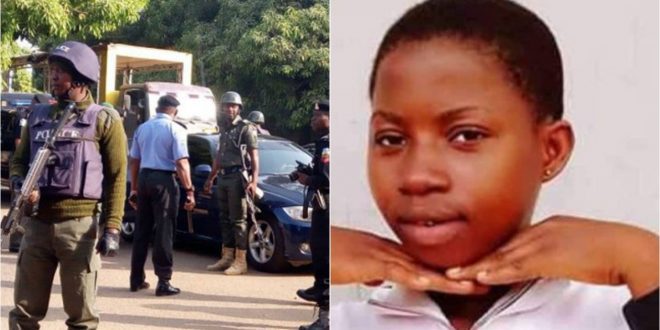 A 16 year old old girl has been shot and killed by a drunk Police man in Nigeria.

Tina Ezekwe, the 16 years old girl, was killed in Lagos was captured on video.

The killing was said to have been done by one police man who was drunk on duty and shot into a crowd who had gathered there after he had a confrontation with a bus driver who refused to give him bribe.

Tuesday 26th May at about 10:45 p.m was the exact time he shot into the crowd in Lagos.

Tina was hit by the bullet and was taken to the hospital, but she died 2 days after.

Nigerians have taken to social media to demand justice for the 16 years old girl who was to have written her waec this year.

The hashtag Justice4tina, have been trending on social media.

May her soul rest in peace