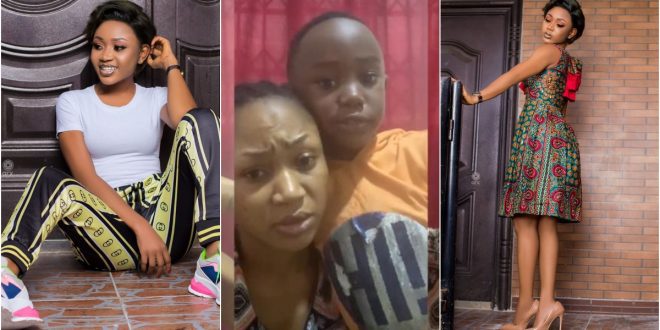 He disclosed that he offered to look after the boy while his mother completes her 90-day sentence handed down by the Accra High Court.

He clarified on Joy Prime’s Prime Morning that he thinks he has better facilities to provide for the little boy whilst his mother is in prison.

He said, “I brought him to my outside home, where I have a house that hosts around five orphans, and they are playing around my compound.”

When asked whether the seven-year-old is aware that his mother has been arrested, the prosecutor said no. He went on to say that he has been lying to his young mind in order to save him from seeing what is really going on.

According to attorney Vortia, they have explained to the young boy that his mother is filming a video and will return when she is done.

“I have told him mummy is going to do some acting work. I have created an impression that what is happening is part of the role that she is playing. So the son thinks the mother is acting,” he added.