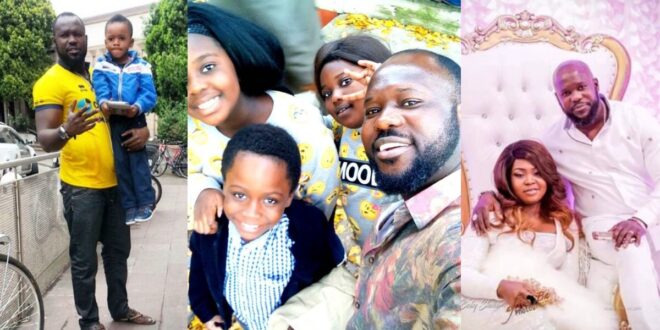 Isaac Amoako has appeared in a variety of Ghanaian films, mainly in the role of a money rituals man.

In addition, he is best known for playing a fake pastor in film, and many Ghanaians adore him in that role. It’s been a while, and Evangelist Isaac Amoako’s lovely fans miss him terribly.

Here are some recent and lovely photographs of Isaac Amoako and his adorable family in the United States.

ALSO READ  "Men love me but they don't talk about marriage what is wrong"- Beautiful lady laments.
Share