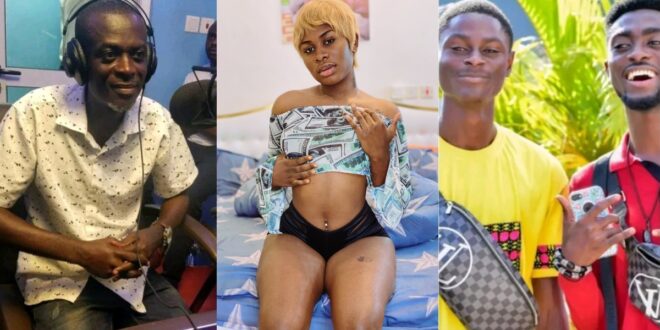 See Photos of all the children of Jackson K Bentum.

Yaa Jackson is a singer and actress from Kumawood. She is the only daughter of Jackson K Bentum’s kids. In the entertainment industry, she has acted in over 100 films. Yaa Jackson is regarded as one of Ghana’s most talented actresses. She is now seeking a career as a musician. In her music career, she has recorded over ten songs.

Take a look at some beautiful pictures of Jackson K Bentum and his three daughters.