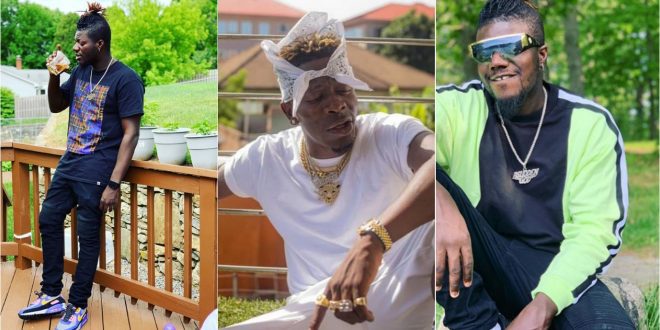 Ghanaian rapper Pope Skinny has made shocking revelations about his former friend and the self-acclaimed king of dancehall, Shatta wale on his Snapchat handle.

Pope Skinny and Shatta Wale were best friends before their friendship turned sour and they’ve been going back and forth with each other.

Taking to snap chart Pope Skinny revealed that, Shatta wale is HIV positive and he claimed that Shatta should defend himself by showing to the world the HIV test results to clear his name if he is lying.

Pope Skinny said his latest rants are because Shatta keeps mentioning his name everywhere he goes and that whenever he calls his name, he’ll also come out to talk.

This is a very serious crime committed by Pope Skinny as the HIV status of a person is not to be publicly announced no matter what since it comes with the principle of confidentiality due to stigmatization.

Even it may happen that In reality, Pope Skinny is simply making a mere allegation. This is not good at all. Pope must refrain from doing this.