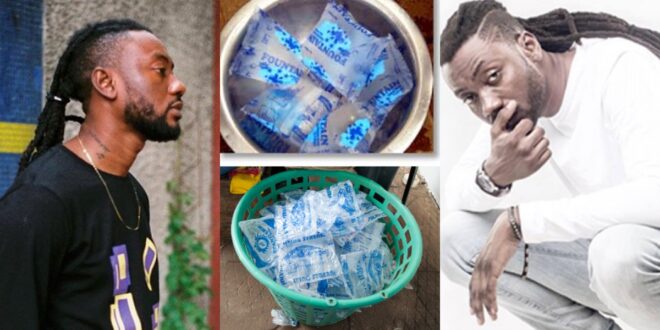 Jason Gaisie, who is also known as Pappy Kojo, has made an online video in which he appears to be making sachet water.

The 32-year-old rapper who was recently out with a song named “My heart” that he collaborated on with musician Kuami Eugene. in an Instagram Story video, he was informing residents in Fante, “We have begun the water business, since you people can not stream the music, so we are into water now.

Recently, the rapper has come under extreme social media pressure when he told Giovani on Tv3’s showbiz 360 that he is gay.

Any Ghanaians find it objectionable to be an LGBT advocate or to indulge in something having to do with that lifestyle.