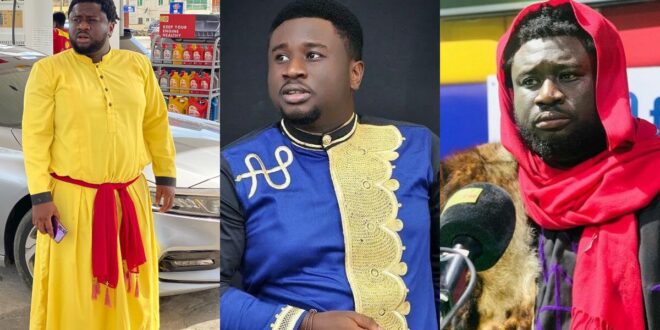 Bishop Abed Kwabena Boakye Asiamah, the real name of the Prophet Ajagurajah, announced the price of one of his wristwatches.

The leader of the Universal Spiritual Outreach popularly known as the Ajagurajah Movement in Ghana, speaking on Zion Felix TV, said he considers it amusing when people ridicule him believing he is poor and illiterate.

He admitted that in his previous interview with Zionfelix, he read comments where people claimed the watch he was wearing was fake.