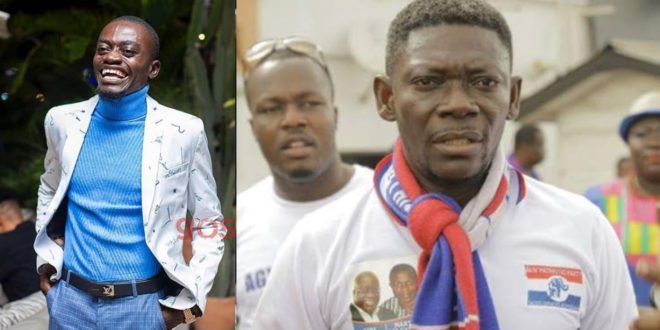 Kumawood comic actor and musician, kwadwo Nkansah aka Lilwin has revealed that the veteran actor, Agya Koo isn’t picking up his calls.

He went on to claim that it is the main reason why the well-established actor was not casted for his new and anticipated series dubbed ‘Cocoa Season’.

While Speaking on the ‘Uncut Show’ hosted by blogger Zionfelix, the actor (lilwin) also revealed Agya Koo isn’t the only one who turned him down as he named others including Nana Ama Mcbrown, Funny Face among others.

According to Lilwin, his management contacted McBrown but due to her schedule as the host of United Showbiz on UTV and other stuff she might not star in the series.

Meanwhile, the comic actor is having a hard time even proposing to Agya Koo on his new series as he has called him on several occasions but he’s not picked up or returned his calls.

On why his calls haven’t been returned, Lilwin doesn’t know but opined that maybe Agya Koo is too busy due to the forthcoming of the 2020 general elections since he is a strong member of the NPP’s campaign team.