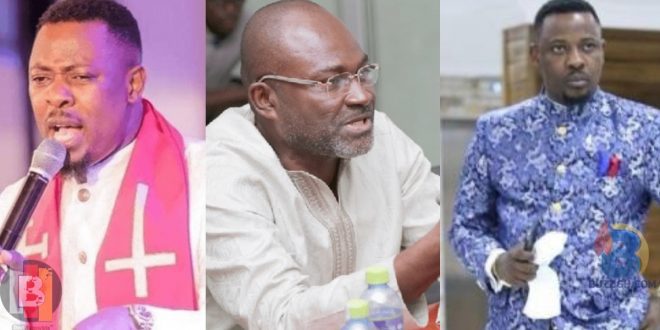 MP Kennedy Agyapong after asking Obinim to sleep has to take a swipe at Prophet Nigel Gaisie of PROPHETIC HILL CHAPEL.

As we reported earlier, Kennedy Agyapong told Obinim to sleep as he has gotten another person to expose.

the new person Kennedy has gotten his hands on is Prophet Nigel Gaisie of PROPHETIC HILL CHAPEL.

Kennedy as he always does on his Net2 TV, dropped shocking secrets about the said man of God.

Kennedy In the video as we sighted revealed receipt to also prove Nigel Gaisie is also a fake pastor.