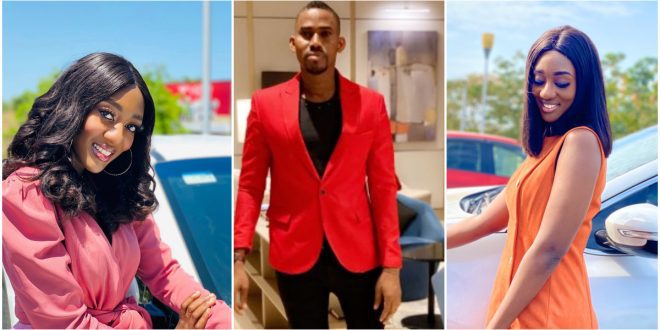 Social media socialite Ibrah One has finally confessed that GHOne TV presenter and the host of Rythmz Live, Regina Van-Helvert is his ex-girlfriend hence he has chopped her.

Ibrah One made this known after his wife, Kadija divorced him and out of depression, he went on Snapchat to reveal ladies who have enjoyed his tiny D!ck.

Ibrah in several Snapchat posts claimed Regina Van-Helvert was once his girlfriend and was also enjoying his d!ck that people claim it’s tiny.

see the screenshots below;