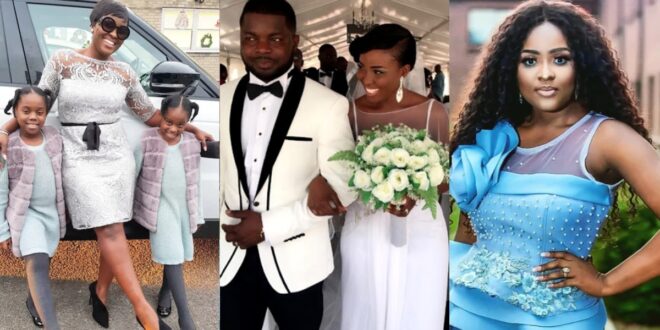 Adwoa Saah, the former host of Kumkum Bhagya, has made a surprising announcement about her marriage.

She says she would never imagine marrying a man with children in her next life. She made the pledge during an interview with Delay in which she addressed her engagement.

She went on to say that while she doesn’t regret marrying her husband, she would never make the same decision if she could step back in time.

A post shared by THE BIG MAN IN THE BUSINESS (@delayghana)