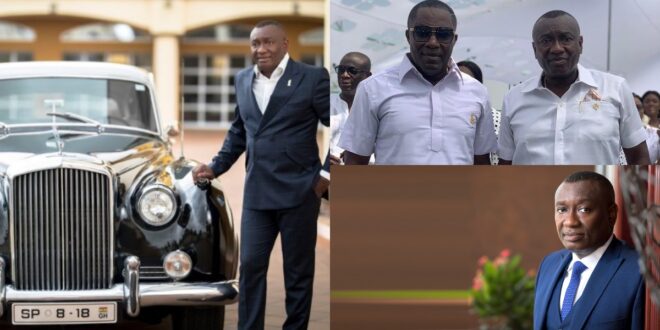 During an interview with radio personality Lexis Bills, Millionaire Dr. Ernest Ofori Sarpong disclosed that he married his wife Serwaa Ofori Sarpong after just three to four months of dating.

When asked how he met her, he explained that he knew her sister and that she introduced her to him, after which he agreed not to let her return to the states.

He added that, before he proposed to her, Mrs Serwaa easily travels to the state and spends only a few days in Ghana whenever she visits home.

The video is embedded below.