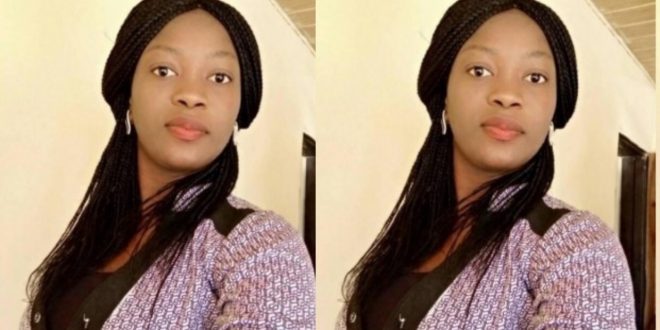 “I asked my sister to test my boyfriend if he loved me, now they are getting married”- Pretty lady in tears as she narrates her story.

A pretty facebook user is seeking the advice of the public after she lost her love to her sister.

Ngozi Uju, said she asked her biological sister to test her boyfriend for her, but the two are now getting married.

“What is this world turning into? So somebody can not trust her blood sister again? I only asked my sister to test my fiancé and now they want to get married.

I met Frank 3 years ago and we have been dating. Everything was moving well. I know every member of his family and he knows mine too.

Last month December he asked to move our relationship to the next level, he proposed to me and I accepted. He and his family came for introduction and my parents accepted them.

He fixed our transitional marriage and everything was going according to plan.

7 days to our traditional marriage, I don’t know what came over me. I told my younger sister to go to his house, cook food for him and try to seduce him. I was trying to see if Frank is a womanizer or if he would cheat on me. I trust him but I wanted to be sure. I warned my sister never to have sex with him and she said God forbid that she won’t sleep with my husband.

After she came back, I noticed that Frank stopped picking my calls, he blocked my number. I went to his house he told me he isn’t going to marry me again that it’s my sister he wants to marry now.

I don’t know what my sister did to him. The worst part is that my sister agreed to marry him. Every member of our family is warning her not to but she is insisting. My father said he would disown her if she marries him.

It’s not as if I can’t cook. I cook more than everyone in my house. I am thinking about arresting or killing my sister. I am so confused. Did she give him love portion or what? Please I need advice.”