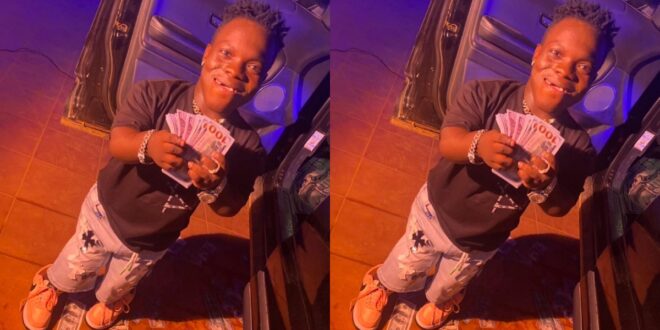 Young and affluent Nigga Shatta Bandle has once again shown that he is wealthier than Aliko Dangote by sharing a picture of a few dollar bills on his Instagram profile.

Shatta Bandle, who rose to notoriety on social media after making the ludicrous argument that he is Africa’s richest man, has always maintained that he might short, but not on his wallet.

Since then, the diminutive Socialite has used his social media accounts to entertain audiences while still using them to facilitate business for a fee.

Bandle recently posted a photo on Instagram with the caption, “I’m short, but my pocket is tall.”

Shatta Bandle isn’t joking; he’s got the cash, as shown by the image below.