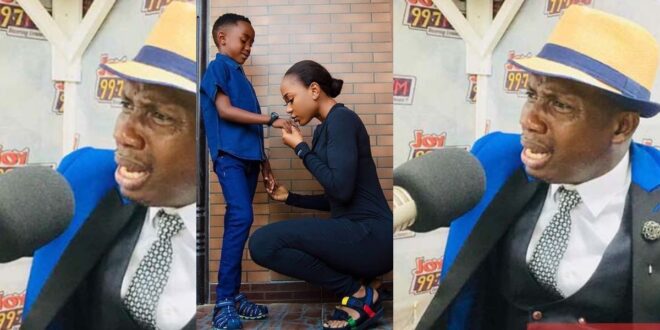 “giving Akuapem poloo’s son money because she is going to jail is useless, where is his father??”- counselor Lutterodt

Raising funds for actress Rosemond Brown, also identified as Akuapem Poloo’s son, according to Ghanaian counselor George Lutterodt, is a waste of time and resources.

In an interview with Okay FM, he said that the only thing for them to do now that Akuapem Poloo’s mother is in jail for three months is to search for the boy’s father to provide for him.

He went on to say that Child Right International should have done further research to figure out where the man is so that he can fulfill his duty as the biological father of the young baby.

The psychologist also took advantage of the chance to caution single mothers on what they say to their children about their fathers, stating that if you teach your children to despise their father and anything negative happens to you, your child will bear the repercussions.

The video is embedded below.