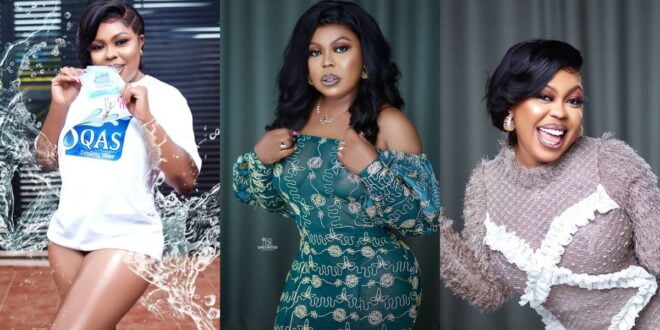 “Ghanaians Hate me because i speak the truth”- Afia Schwarzenegger

Afia Schwarzenegger claims that she is despised in the entertainment world because of her honesty, which we all realize is a lie because she is known for creating havoc and playing the victim.

Afia Schwarzenegger, who has strangely jubilated over poloo’s prison term lunched social media jabs in defense of her position on the subject.

Many netizens have insulted her, with several claiming she would be the next one to face the law.

Afia Schwar claims that she does not give a damn about the baseless and futile hate directed at her since she is so busy living life and accumulating wealth.

In a video posted to her Instagram profile, the mother of three also claimed emphatically that she would strive to speak the truth no matter how many enemies she makes, and that her adversaries should expect to see the worst side of her.