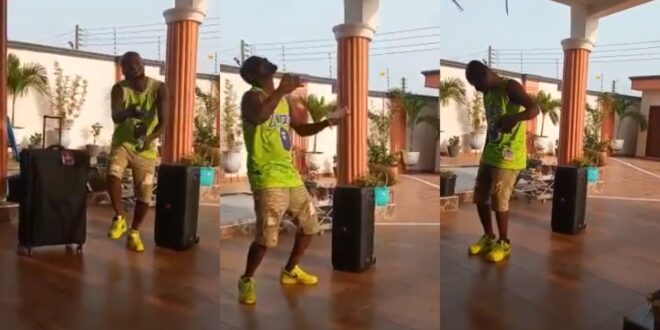 Many fans have had a strong response to a video that was posted by Funny Face showing the comic dancing to R. Kelly’s “Storm Is Over Now.”

The song specifically refers to Funny Face’s archenemy, as he has been relegated to the Accra Psychiatry Hospital’s quiet battles for treatment as a result.

Aside from that, fans are excited to see Funny Face display an unconditional joy based on tremendous appreciation for rising up in the middle of the storm.

For all the wrong reasons, Funny Face has been in the headlines. Concerns over the mental health of the “Chorkor Trotro” prodigy, centered on some of his eccentricities, contributed to his admission to psychiatry.

ALSO READ  Sarkodie reveals the only artist in Ghana he fears and will surrender to.

This video, which the comedian posted on his social media timeline, portrays a simple picture of recovery while still offering a perfect account of a healed Funny Face.