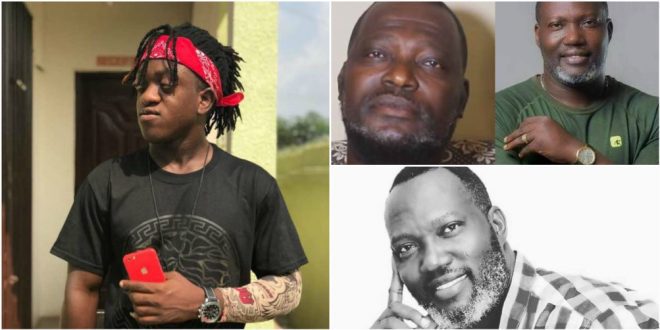 according to Sumsum Isaac Darko, the elder brother of late Bernard Nyarko embarrassed him when he attended the one-week commemoration of the actor.

Sumsum stated that he was ignored by the brother when he greeted him at the once week celebration.

he then warned Isaac to be careful with how he is treating the Kumawood actors due to some issues that rose up after Bishop’s death.

speaking in an interview on Accra based radio station, Sumsum said;

“Bernard Nyarko’s brother should be careful about how he’s going about things. If truly he’s a man of God as he claims then he must make sure to do what is expected of him as a pastor”