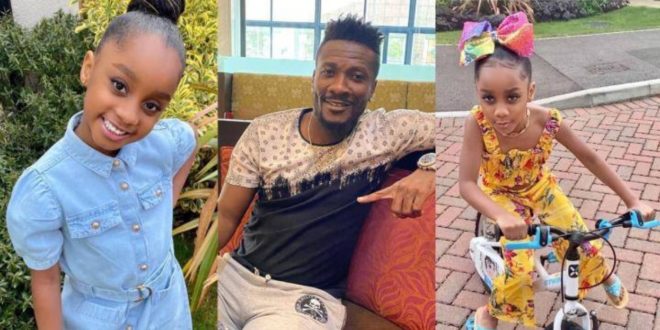 Zelda Love Ohemaa, the beautiful daughter of former black stars captain, Asamoah Gyan has warmed hearts on social media with her singing prowess that were captured in a video.

In the video, the beautiful little girl was singing one of Diana Hamilton’s songs titled ‘Adom’ and her ability to pour out the song word for word has gotten people me included stunned to the core as most of use would have hard time singing.

She was however lip syncing to the song but for this coming out of a little girl like Asamoah Gyan’s daughter, she actually nailed it and she has got people readily failing I love with her talent – she is surely going to make a great singer in future.

The video which was first shared by Diana Hamilton on her instagram page happens to be Zelda’s entry to a new challenge from the gospel Musician dubbed #adomsingalong.

Diana sharing the video on Instagram wrote; “The beautiful daughter of Ghanaian footballer @asamoah_gyan3 and @__ohemaa___ have sent in her #adomsingalong #adomgrace”