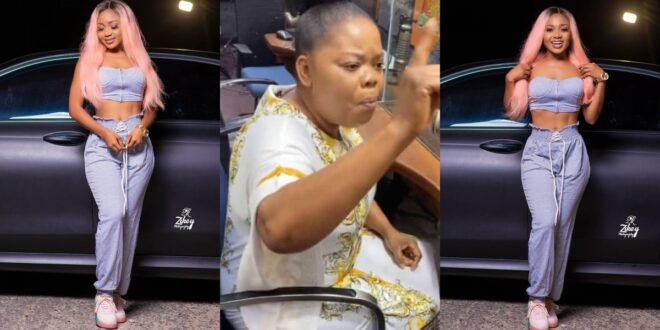 Prophetess Mama Sarah, the General Overseer of Almighty God Church International, has claimed that certain people are plotting against Akuapem Poloo in jail.

The Prophetess believed in an interview with Fiifi Pratt that God explained to her how Akuapem Poloo would die in jail.

some of the actress’s detractors, according to Mama Sarah, are trying to exploit her predicament to put an end to her existence.

The Prophetess also said that unless Akuapem Poloo is saved, her life will be ended by a hater in prison after her 90-day term.

She went on to say that the government should make sure Akuapem Poloo remains protected during her time in jail and that her guests should be thoroughly screened before visiting her.

Mama Sarah also said that she intervened in Akuapem Poloo’s life to prevent nefarious plots against her.