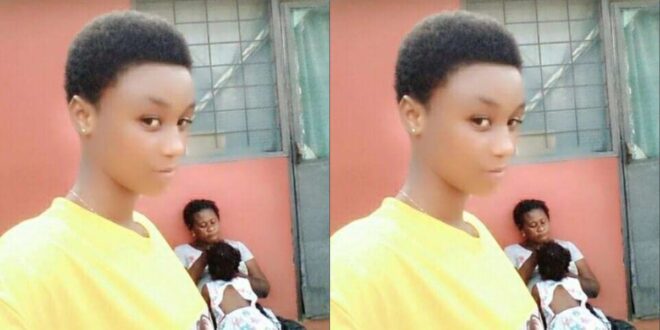 youth of Today!! Girl takes pictures when her mother was dying (photos)

Social networking and electronics (cell phones) have been a very necessary aspect of living in today’s country.

There are also individuals who want to interact in social media without ever worrying on what the effect will be.

Effects may often be positive and sometimes negative, but usually bad if they are not combined with a commercial or professional objective.

It’s a big problem for most people in today’s world.

While social networking serves a beneficial role with others, it has been shown that the high usage of social media and technologies may have detrimental consequences.

A girl was seen busy taking pictures when her biological mother was dying in Fomena, a small town that is the capital of Adansi North, a district in the Ashanti region of Ghana.

ALSO READ  "Don't take my beef with any Artist serious we make money from it"- Shatta wale.

Facebook records that early yesterday, 30 January 2021, Christabel, who resides in Fomena, was seen taking pictures when her mother was dying. Ama Durowaa, a lady staying in the same home, shared the tale of the entire event.

Ama Durowaa said that on 17 January 2021, c Since school has been reopened, Christabel hasn’t gone to school becuase her mother told her she does not have money to buy her stuffs.

Christabel’s mother had been complaining of a heart attack for about an hour. She ordered Christabel to drive her to the hospital right away.

But since Christabel was denied access to school supplies, she also declined to attend to her dying mother.

ALSO READ  "No Ghanaian will die of coronavirus"- Duncan williams

She’d rather take photos as her mother died of a heart attack.

But Ama Durowa had pity on Christabel’s mum, so she was more inclined to carry her to the doctor, when Christabel was still taking photos.