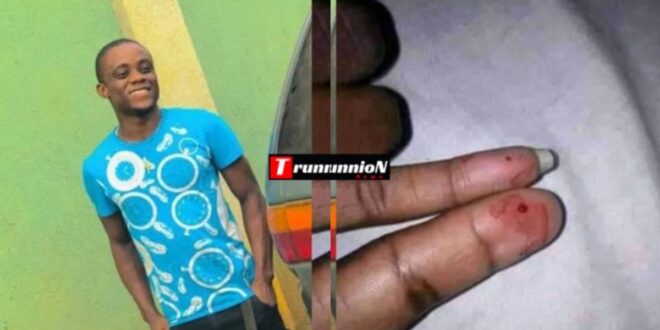 A young man is trending on social media after he posted pictures of the blood oath he took with his girlfriend.

Blood oath is considered sacred in most parts of Africa and anyone who goes against it will face the consequences, mostly death.

Blood Oath between lovers is when the two decided to mix their blood and drink it promising never to leave each other till death do them apart.

With the rate at which relationships are ending in tears, no one can blame the young man whose name is Johnny Amandianaeze for taking precautions the spiritual way to secure his relationship with the love of his life.

ALSO READ  Watch The Most Extreme Live Video On The Internet: As A Lady Gives A BJ To His Man - Video