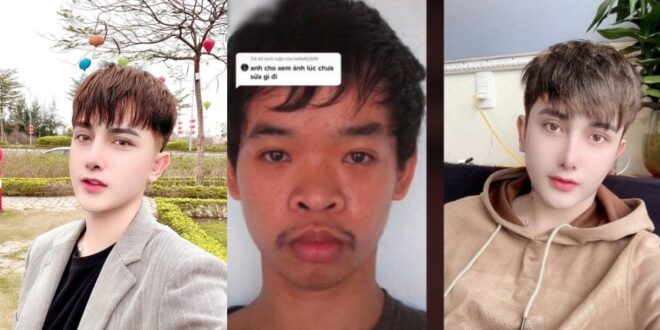 A fascinating article circling the internet tells the story of a Vietnamese young man who underwent substantial plastic surgery after being insulted by a potential boss for being unattractive.

According to what we have heard, Quyn, a 26-year-old TikTok user, resorted to plastic surgery after his bad appearance made it impossible for him to find jobs, and after being insulted by a prospective employer during a job interview, he felt it was time to try something new.

“The first time I came home after plastic surgery, my parents did not recognize me. I expected as much, but I still could not hold back my tears,” he said.

The young man added; “Always be strong and find the beauty that you are most confident in. The standard of beauty for me is that when you look at yourself in the mirror and you feel satisfied and confident.”

below are his old and new looks;