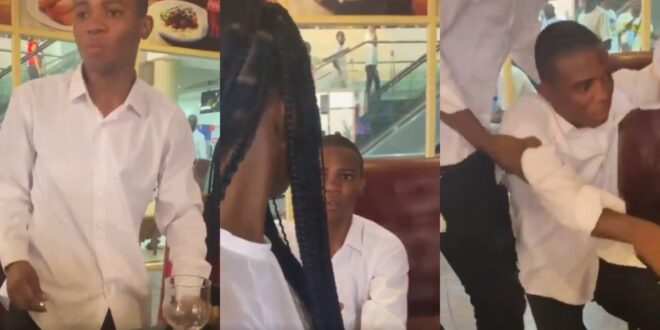 We have stumbled on a viral video of a young man in tears after his girlfriend refused his proposal.

in the video, as we chanced on, the guy who took her girlfriend on a date went on his knees to propose to her.

as he asked the lady ‘Will You Marry Me’, she stood up like all the people around cheered them up shouting at her to say yes.

the saddest thing is this said lady left the scene without taking the promise ring as the guy was left on the floor crying.

he was consoled by his friend and took him away from the sight due to the disgrace.