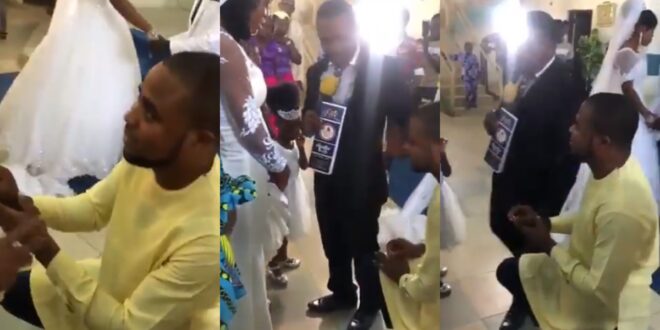 In the video seen on Twitter by buzzgh.com, an official minister of a wedding service prevented a young man from giving a proposal to his girlfriend in the chapel.

The unnamed young man figured that he should take the chance to give his freshly discovered girlfriend affection, but it did not end as expected.

The officiating pastor stood down after seeing this and prevented the man from continuing with his plans.

Is it right to propose in another person's wedding? pic.twitter.com/MpaZR5SPZV