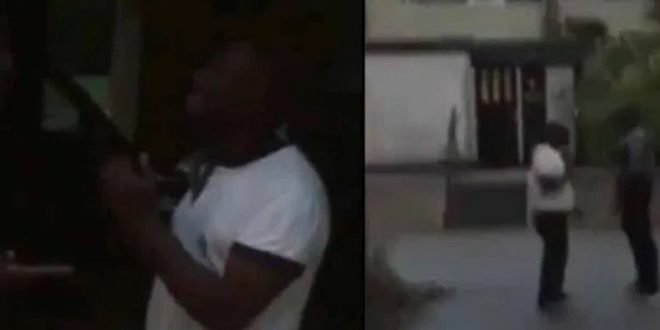 A trending video sighted on social media captures a young man mercilessly beating up his own uncle for deliberately proposing to his girlfriend.

In the video, the unidentified young man was seen standing with his uncle and showing him a text he (the uncle) sent to his lover. This led to a serious dispute between the man and his uncle.

The young man later advanced the Dispute to mercilessly beating his own uncle till he dropped, starting with hot slaps.