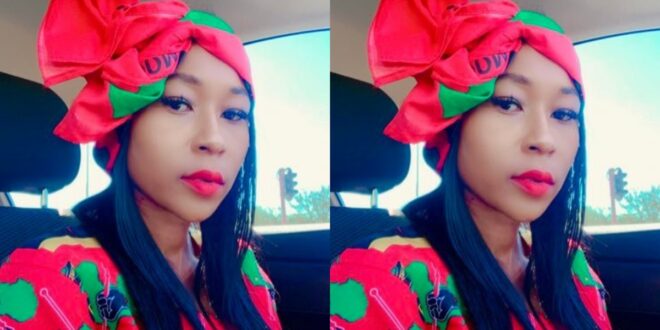 A beautiful young lady who happens to be a Nigerian identified on Twitter as Sewela has revealed her smartest way of preventing on her cheating boyfriend.

She revealed that she had just gone to his house and that the guy was there with another lady when she entered the room, and she just chose to greet them and went back to her car with no response and no drama at all, she just showed no feelings.

According to this young lady, she maintained cool and never responded in an instant uproar as some would; with her plans hidden in her mind, she chose the smartest of directions.

The man apologized to her afterward, and she forgave him gladly, and they went on and were happier than they had been before.

She then planned to do the same to him in a couple of months because the guy had fallen too deep, and that made the guy hate her until this minute.

“I once found my ex in bed with some chic at his place. greeted them and went back to my car without drama. he apologized, I forgave him, we were happier than ever before. 4 months later when he was madly in love again, I did the same thing to him. to this day he still hates me”. 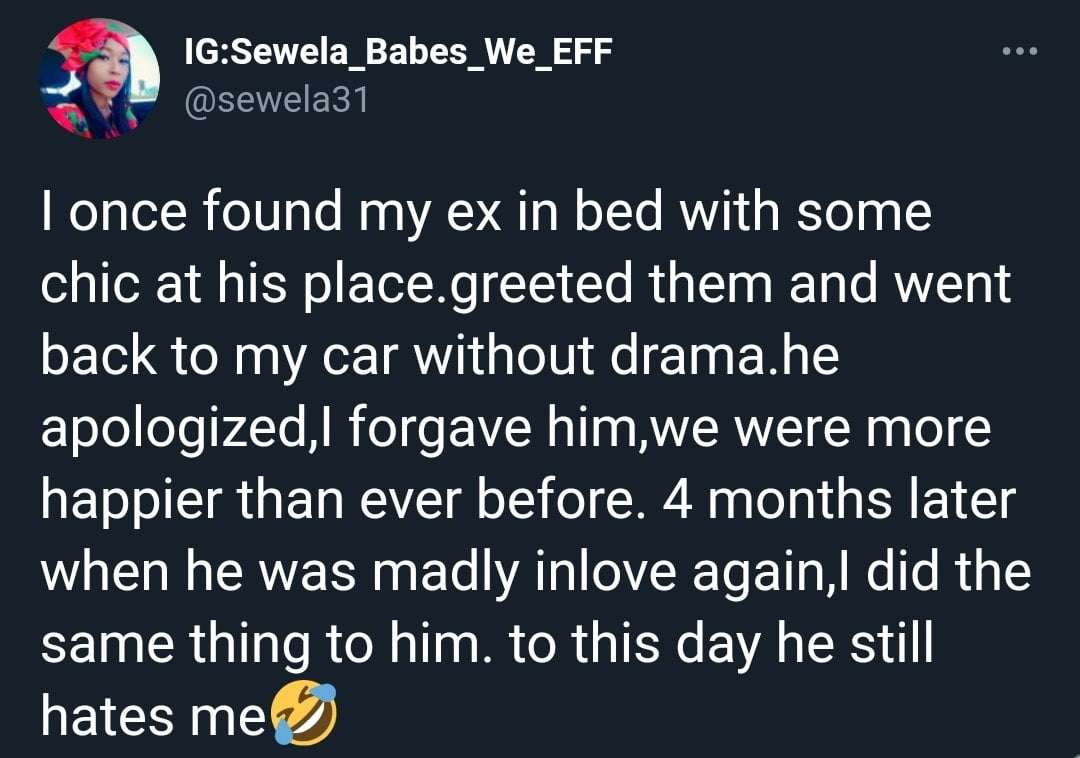