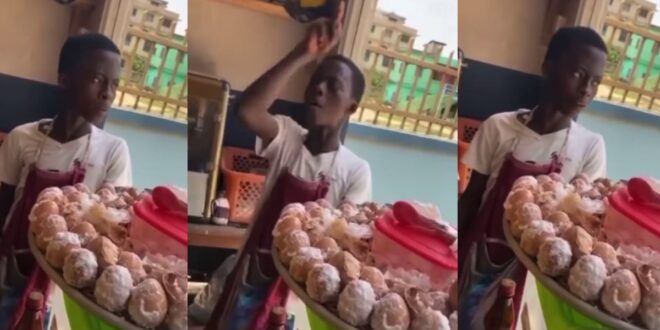 Young boy who sells eggs captured in a video saying he will k!ll his friend for taking his girl (video)

A viral video found by our staff captures the surprising and shocking moment a teenage boy disclosed his plans to murder his best friend for snatching his girlfriend from him.

The unidentified young boy sells eggs, and guess what? He wanted to tell an unknown client about what happened between him and his best friend. He seemed to have confided in his best friend, but he went on to advise him to forget about the girl he was dating. He went on to explain that despite his best friend warning him that the girl is a bad girl, he went ahead and stole her from him.

When asked what would happen to his best friend, he claimed categorically that his friend would die.