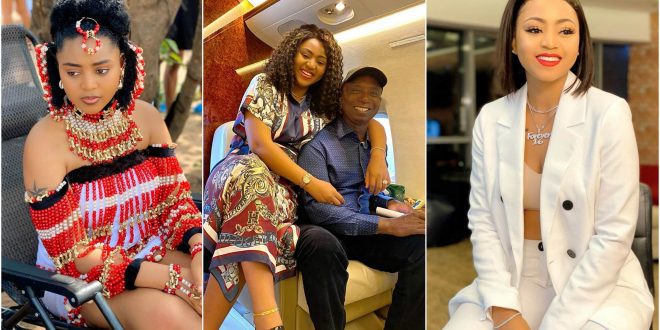 “You will soon be pregnant for your Grandfather”- Fan Trolls Regina Daniels.

Actress Regina Daniels shocked her entire fan base after she agreed to be the wife of a 60-year-old Billionaire called Ned Nwoko.

Recent news coming from sources in Nigeria claims that the actress is pregnant even though nothing has been confirmed yet.

In a recent post she made on IG, Region captioned that her situation will not be like this forever, many of her fans interpreted it as she was pregnant or better still wants to be pregnant.

A fan with handle Official_khalifapaper147 suggested that the Actress might be saying she will soon get pregnant for the old man NEd, who could be her Grandfather.

see the screenshots below.