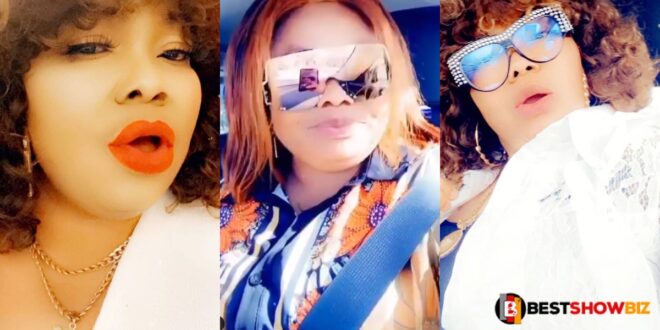 Your best buddy today could turn out to be your deadliest adversary tomorrow.

Nana Agradaa, a former fetish priestess who was converted to Christianity and is now known as evangelist Patricia, is facing harsh criticism from one of her former employees.

Nana Agradaa has disclosed in a live Facebook post how her former best friend intended to kill her from this world when she was in a police prison.

“Be pleased with other people’s blessings,” she declared. My blessing comes from God, and even a thief who goes thieving will fail if he is not protected by God. An armed robber would not be effective if he attempted to rob without God’s help.

Others are perplexed when someone claims to have converted and repented of his terrible conduct. Christians who believe Christ only belongs to them are passing judgment on me. Who can put a stop to God’s work? Who has the authority to hinder God’s purpose for my life?

Finally, in an accusation against Naana Brown, the preacher woman stated, “They told you to come poison me at the national security custody.” They gave you poison on purpose, and you put part of it in the food you brought me. That is why I did not eat, and because you worked with me, you assumed I would not last for two days. “