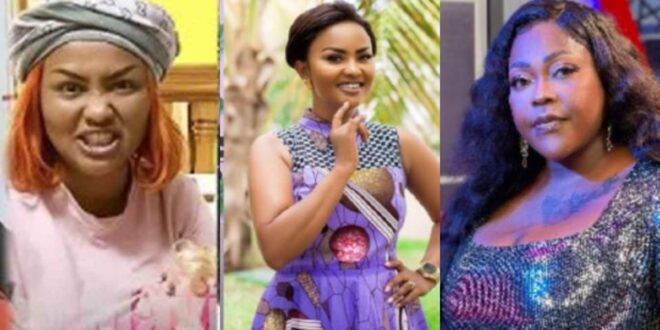 Finally, Mona Gucci has brought her rivalry with Nana Ama McBrown to a new level.

Mona Gucci and her guest Oheneba Ntim-Barima pulled McBrown into the mud during the ‘Hook Up With Mona Gucci Show’!

McBrown is illiterate, according to media personality Oheneba Ntim-Barima.

McBrown, he says, has little experience in journalism yet has been authorized to host a show without being pulled or asked.

Oheneba went on to claim that while that is exclusively the right of the General Legal Counsel, McBrown has no right to question Mona Gucci what law school she attended.

As a consequence, he inferred that McBrown sees Mona Gucci as a rival and is attempting to defame her!