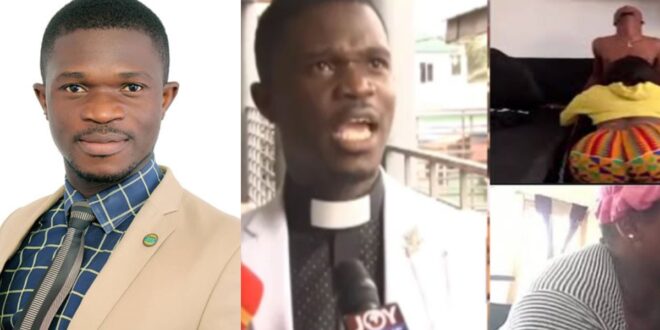 very man who requires a woman to suck his manhood, according to Apostle Solomon Asare Sarkodie, is inherently homosexual.

On Okay FM, he cited Romans 1:27 from the Bible to back up his point that bl0w job is an abnormal s3xual act.

The scripture reads: “And the men, instead of having normal sexual relations with women, burned with lust for each other. Men did shameful things with other men, and as a result of this sin, they suffered within themselves the penalty they deserved.”

ALSO READ  15-year-old boy who survived Apam Drowning speaks on what happened to them.
Share