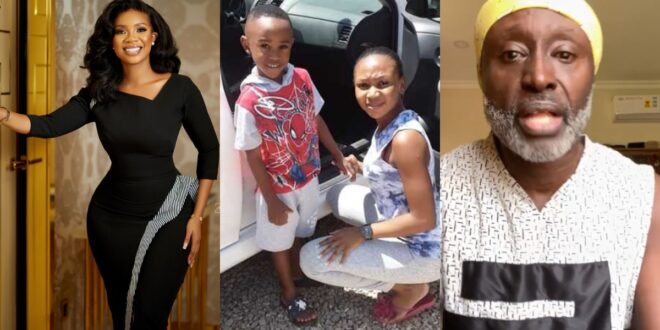 After the news broke on Wednesday that Akuapem Poloo has been found guilty on her own plea, there have been many arguments and petitions from celebrities and common Ghanaians as to why she should be pardoned and allowed to walk free.

In case you missed it, Akuapem Poloo was sentenced to 90 days in jail by a judge today, April 15th, 2021, after it was discovered that she was not pregnant during a pregnancy examination.

When Akuapem Poloo herself pleaded guilty in court, Serwaa Amihere, a famous news anchor, was taken aback by the number of citizens pleading with the judge to forgive her.

Reggie Rockson, a singer and businessman, asked her if she had a kid in a tweet, implying that she did not understand why because she had not given birth yet and would not understand the agony of a mother heading to prison and leaving her baby behind.

A person is convicted on her OWN PLEA. this means that the person accepts that he or she is wrong. The natural consequence of pleading guilty on your own volition means that you are ready to be punished.

How are we asking for this person to be freed….

Reggie’s answer to her is as follows:

ALSO READ  Wife Of Peter of P-square, Lola Reveals Why She Married Him Despite Being Older Than Him

WE ASK COS WE ARE HUMAN AND ALL BLEED RED AND FEEL FOR THIS PERSONS PLIGHT IS WHY IT IS OK TO ASK AND MORE SO ABOUT HER SON!! DO YOU HAVE A CHILD?

Take a look at the screenshot below: