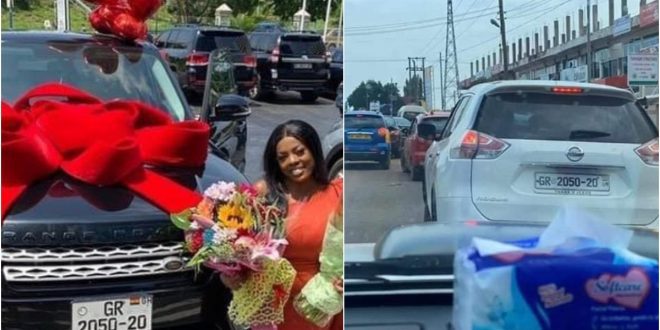 Nana Aba Anamoah celebrated her 42nd birthday some few days ago and there were alot of controversies.

One thing that was making headliywas the range Rover gift she got from an anonymous person.

People question the authenticity of the car as many social media user revealed it was just a show off.

Some also presented prove about the fake number plate and a whole other issues.

Just when we thought things have died down, the Nissan car that the number plate belonged to have surfaced online.

It is amazing why Nana Aba will go to extreme length to make people beliyshe was actually gifted a Range Rover on her biry.