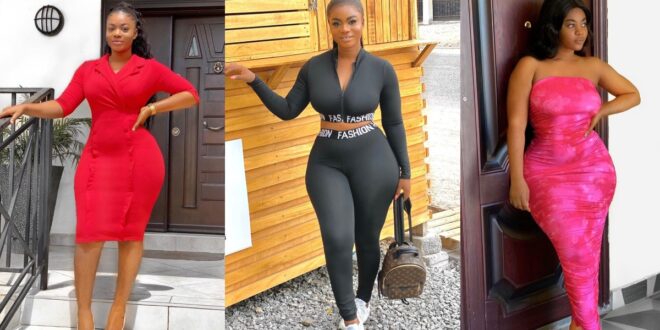 Vivian Okyere, a Kumawood actress, has been brightening up social media with lovely photos of herself and her massive backside.

Vivian is a model, entrepreneur, and actress from Kumawood. She was once rumored to be dating famous diminutive actor Yaw Dabo.

Despite the fact that she hasn’t acted in many films, she has over 215k Instagram followers. In response to the rumours, Yaw Dabo said that there is nothing serious going on between them.

Have a look at some of her photos below.