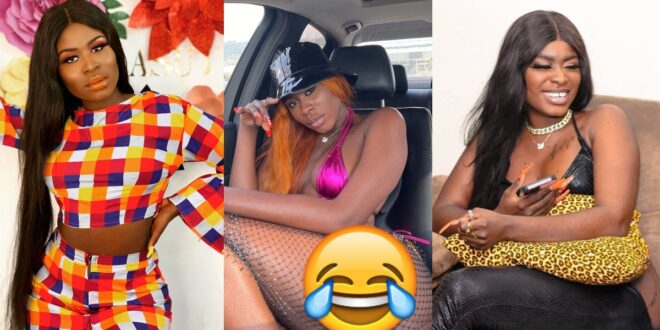 Yaa Jackson was heavily trolled for posting a photo of herself n*de on social media.

Yaa Jackson has attracted the wrath of the internet after she flaunted her smooth thighs in a recent Instagram video.
Maame Yaa Konadu Jackson is a Ghanaian actress and singer who works in Kumawood. In 2019, she released her first single, “Tear Rubber,” which became a success.

She puts her modeling and music careers aside to purposefully reveal her half-nakedness on social media in order to gain exposure.

She got a lot of trolls on Instagram after she shared an image of herself that almost revealed her nakedness.

She was, however, promoting a line of skin care products.