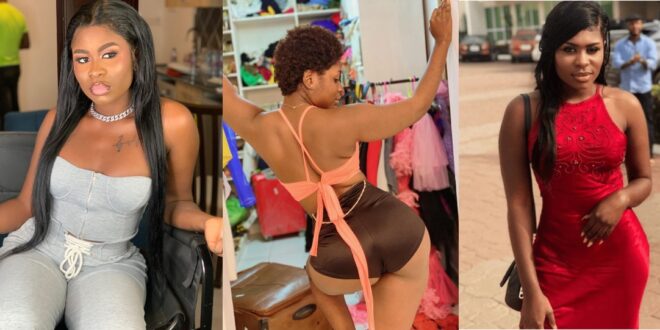 Yaa Jackson, a Kumawood actress, and musician, is currently on top when it comes to providing s£xy and sexy photographs to her followers.

Yaa Jackson has found a new way to retain her celebrity status after the Kumawood film hit the big screen, as she continues to stun her fans on social media via Instagram with tasty photos.

She has regularly set the internet on fire with many hot and s£xy photographs since her decision to storm us with her talent.

The female singer is unconcerned about exposing her naked backside in front of the cameras as long as it gets people talking about her.

Yaa Jackson, on the other hand, recently posted a picture of her thick  sizzling body on her official Instagram profile.

The young talented actress indicated that she is a bad girl by sharing the picture.

She wrote the song “Born Bad.”