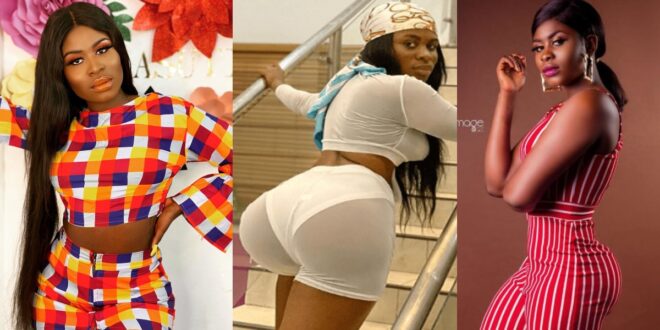 Yaa Jackson displays her fake A$$ in a new bedr00m video

Yaa Jackson, a young Kumawood actress who is now a slay queen and musician, has flaunted her ‘artificially acquired’ curves in a new bedroom snap.

Yaa Jackson went crazy in the song, flaunting her curvy figure while singing and delivering some hot bars.

Yaa Jackson’s plans are most likely to reveal the world her new entity bortos after operating on it for some time.