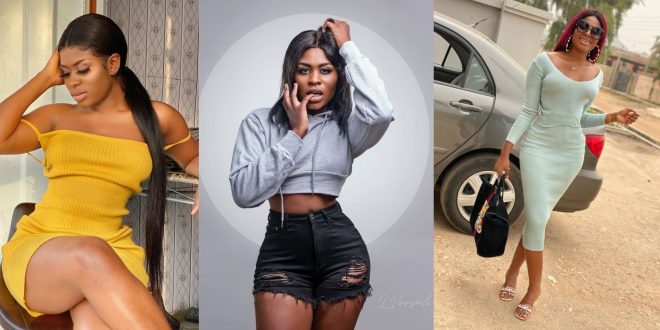 After a failed music career, Ghanaian actress and singer Yaa Jackson has taken a U-turn to her acting career.

While struggling to record a hit in the music business, the actress was spotted on set filming a new movie in a new video.

Yaa Jackson was seen in the video with fellow actor Okomfo Koolege.

she shared the video and wrote;

“On set shooting a new movie directed by @jackosn_k_bentum_”.