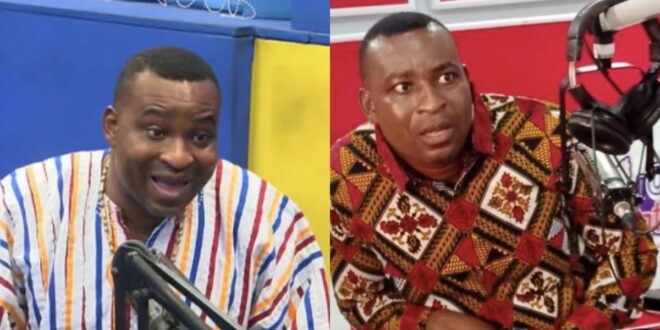 The Ashanti Regional Chairman for the NPP, Chairman Wontumi, has also taken part in the continuing discussion on the legalization of homosexuality in Ghana.

The notorious politician born Benard Antwi Boasiako believes that Western countries like America do not need to apply pressure on African countries to make homosexuality legal.

He made the remark on Wontumi FM that if in reality President Joe Biden really respects members of the LGBT community, he should charter an airplane and fly all of them to the United States.

To him, this shows the respect that Joe Biden has for homosexuals by way of the fact that the President of the United States, Barack Obama, is one of them.

He proposed that President Joe Biden come to Ghana for all the LGBT people. There is a lot of space in America, so he can satisfy everybody.

“Instead of giving us $50 billion to develop he (Biden) is telling us another thing. We are in Africa and we know our needs and wants. Currently, we don’t need gays we need cash. I am pleading to him through his ambassador to give us money to develop our nation”, Chairman Wontumi added.