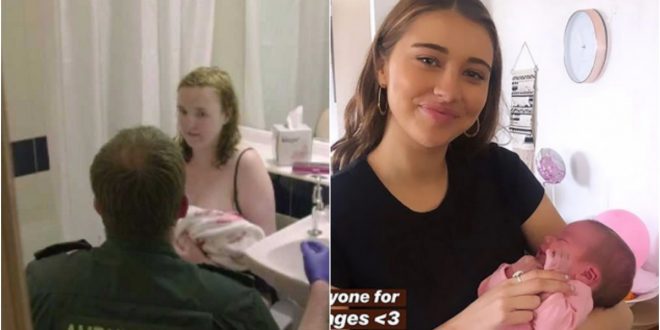 A woman who didn’t know she was pregnant surprisingly gives birth in the bathroom while she was bathing during the weekend of mother’s day.

According to ti reports, the woman identified as Cindy never felt any movement in her stomach or misses her monthly cycle but she only had a cramp and decided to take her bath only to see the baby out.

According to Cindy in an interview on ABC13, she only experiences the cramp and didn’t know what it was and she went to the bathroom, as she bath the baby came out of her and she called 911.

Her boyfriend never believed that when he heard it until he got to the hospital.

ALSO READ  " I am a self made millionaire" - shatta wale brags