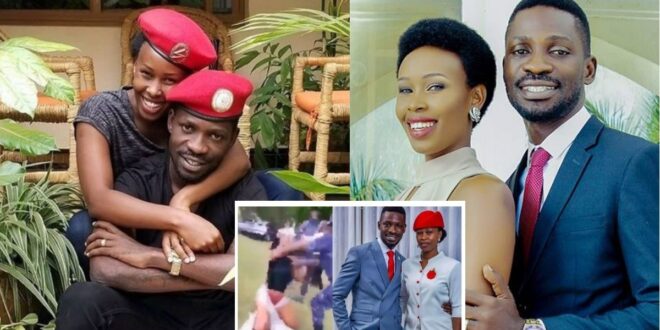 Wife of Uganda’s Presidential candidate str!pped and arrested by police in front of her son (video)

Uganda will be heading to the polls today to vote and elect their president, the most popular opposition to the president who has ruled for over 30 years is Bobi Wine.

Bobi wine is a musician who wants to challenge the president in the polls, ever since he disclosed his intentions, he has been a target and his life has been in danger per reports on social media.

Bobi wine has the youth on his side, and could possibly be the next president of Uganda.

A video fast going viral online shows how his wife was arrested for unknown reasons and was harrassed before taken into custody.

ALSO READ  " I am a self made millionaire" - shatta wale brags

All this happened in front of his young son who was shouting “leave my mom alone as they abused her rights.”- watch the video below.