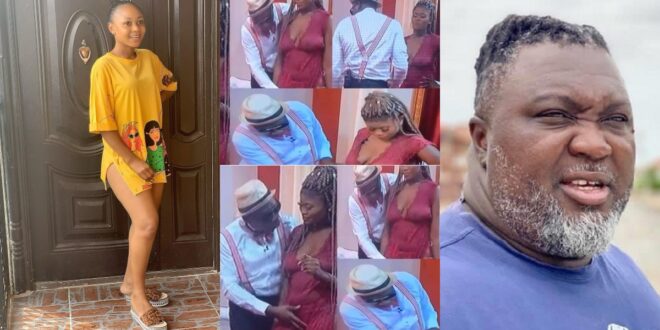 Da Hammer, a well-known Ghanaian music artist, has weighed in on whether it is appropriate for certain Ghanaians to petition the authorities to release convicted video vixen Akuapem Poloo.

On Friday, April 16th, 2021, the Accra high court sentenced Akuapem Poloo to 90 days in prison for indecent exposure by posting a nude photo of her son on social media.

Following the decision, there have been numerous discussions, especially among Ghanaian celebrities, who believe the decision was too harsh.

The legendary music producer has inserted his speech, implying that he is on the side of the celebrities who argue that the ruling is a simple example of a hammer being used to destroy an insect.

In a lengthy Facebook message, Da Hammer questioned why Naomi Gold, who was recently fondled on a live television show by a notorious marital counsellor lutterdort, has not been charged, although Akuapem Poloo has been forced to face the law.

Please read what he wrote below.

The social media commentators suddenly turned experts on litigation, attacking ppl who’re signing a petition to pardon a girl who was totally oblivious to the consequences of her actions… pls your take doesn’t matter to anyone… Your take is not absolute, it is relative.

It’s only your opinion based on your own sad situation. We don’t want to hear how u think she deserves anything.Someone may scold their son for stealing money Someone may assault their son as punishment for the same crime.

Just because u think he deserves to be assaulted doesn’t mean we can’t beg for his punishments to be reduced to scolding. I chanced on a tv show where a sex worker was being fondled by a Counsellor Lutterodt in her private parts in an attempt to demonstrate his lame idea of how to achieve an orgasm by foreplay… why isn’t anyone talking about that.

Why are you so pissed that we’re pleading for someone. Where is the love. Are ppl really this bitter. Haven’t u ever had your mum beg for u when your dad was about to lash u? If u think she deserves the punishment so much why don’t u go home and gloat, obviously u won? Isn’t she jailed?