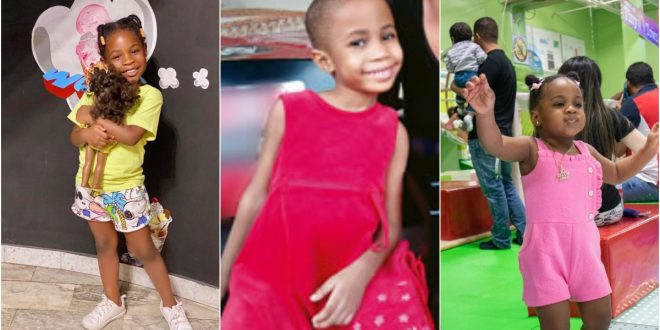 Who is the more pretty among Davido’s 3 daughters? (Photos)

Mostly people think he has two because those two have been in the news for all sort of reasons.

The third girl is not well known in the midst space.

Below are pictures of the 3 girls and their names.

Often regarded by Davido as his first child, he had Imade with his supposed first baby mama, Sophie Momodu.

Davido had Hailey with his US-based girlfriend, Amanda.

She is Davido‘s eldest child whom she had with his first fiancee, Ayotomide Labinjo, however, Davido always refers to Imade as his first.