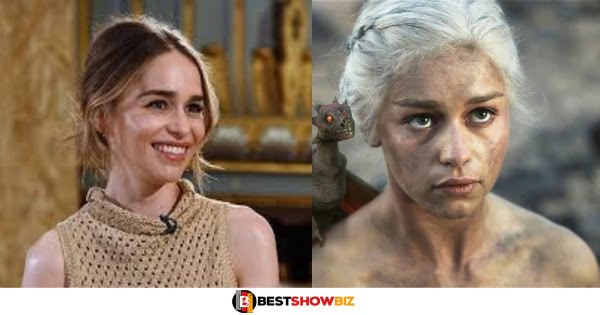 Game of throne actress Emilia Clarke has revealed that she had surgery on her brain following her illness, a condition called aneurysms.

The actress who played Daenerys Targaryen in Game of thrones revealed in an interview that she is even lucky to be able to speak and go about her daily activities without any problems.

“It was just the most excruciating pain, huge vomiting, trying to regain consciousness; I kept asking myself all these questions.

“I hilariously kept saying lines from the show in my head. If you are throwing up and you have a headache, that is not good for your brain.

“I was 22 [when she had the first aneurysm] but it was helpful having ‘Game of Thrones’ to sweep me up and give me that purpose.

“The amount of my brain that is no longer usable – it’s remarkable that I am able to speak, sometimes articulately, and live my life completely normally with absolutely no repercussions.

She also admitted part of her brain is missing after the surgery.

She went straight back on set after the surgery but she admitted that she was having anxiety problems when she was acting.

ALSO READ  ‘Stop asking your girlfriend how are you? just send her momo and she’ll be fine’ - Man Says

Emilia Clarke added that there wer times she felt like she was going to die because of the disease and the surgery she had.