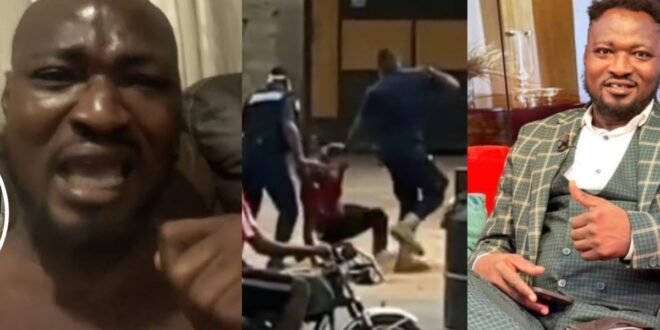 DSP Irene Oppong said that the police officers arrested Funny Face after a drinking bar owner came to complain that Funny Face fired warning shots at his place after he lost the fighting in a fistfight, speaking exclusively on Peace FM’s ‘Entertainment Analysis’ show with Akwasi Aboagye.

Mrs. Irene added that Funny Face wanted, according to the study they had, to fire the guns into the air to save his pride after the bar he clashed with gave him dirty slaps that led to his arrest.

However, she made it emotively known that not only was Funny Face arrested, but the bartender who supposedly gave the dirty slaps to Funny Face was also arrested and the entire situation is extensively investigated.

When Kwesi Aboagye asked about the police mercilessly beating Funny Face, the PRO suggested that it was a matter that was still in question since the police officers who went to arrest him said they only used ‘minimum force’ after he attempted to escape.